Welcome to the final installment of my adventures in Vietnam. For those of you catching up, Rachel and I left Stephen in Ha Long Bay to work while we tried to find a bus to Hanoi to party.

We found that two of the tourists from the Ha Long Bay boat were on our bus so we shared a taxi with them to the hostel area of Hanoi. If Ho Chi Minh City was the busiest place I had ever seen in my life and Ha Long Bay was the sleepiest, Hanoi was just right.

We checked into the hostel and went to meet Rachel’s high school buddy who took us to the Walking Street. There we found a street lined restaurants with cheap drinks and bars with loud music and people pouring from the doors. The first bar had too much pop and Britney Spears so we made our way to a club bumping EDM.

I made the mistake of putting my foot on a tiny plastic stool (BIG mistake) and a local quickly swatted my shoulder at my faux pas. Later, in the club, I was pushed as I was walking past a dancing circle. Apparently, people were not digging my vibes which is crazy to me because for anyone that knows me well, I’ve got the best dance moves. 🙂

We left around 2 AM to find pho and spring rolls down the street then home to bed. 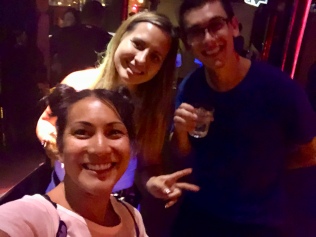 Rachel and I slept through our hostel breakfast but found breakfast at some street vendors before boba and morning exploring of pagodas around town. Note: there is no such thing as too much boba.

There were women in front of the Quan Thanh Temple who were selling the cute plastic ponchos we had seen all over Vietnam. We haggled for three ponchos and some postcards. I immediately got lost in the sticky, humid plastic and one of the women laughed at me as she helped me into the sleeves. (Imagine putting clothes on without drying off after the shower and if your clothes were too small and made of pleather.) Probably a really funny scene to watch me struggle. 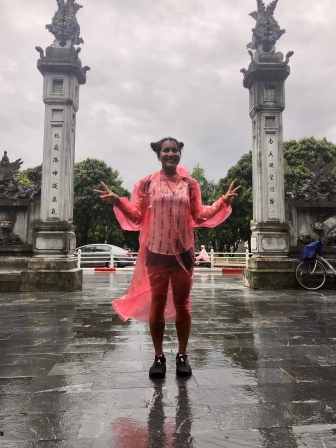 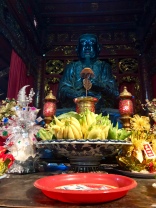 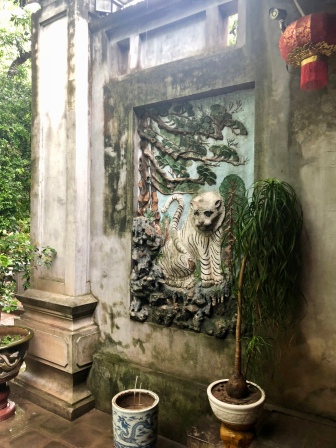 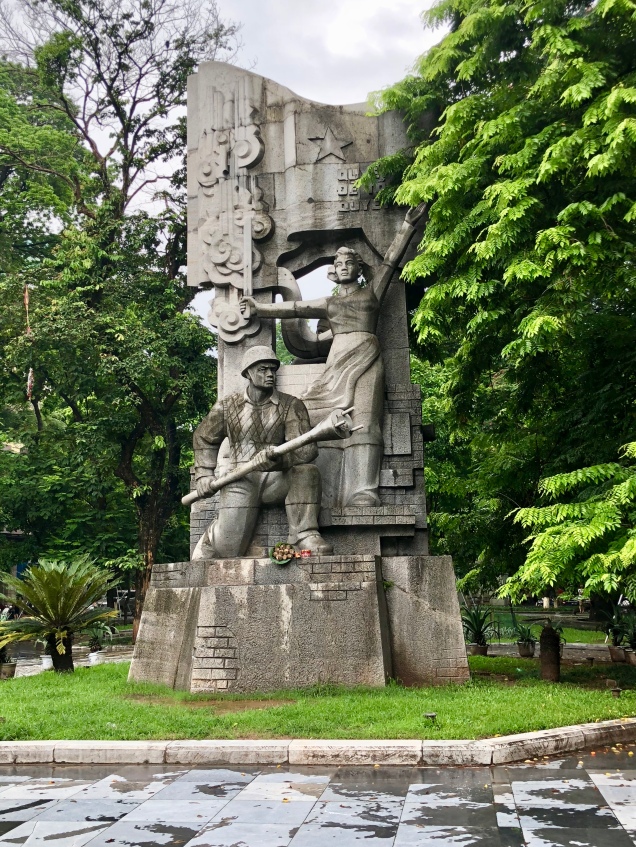 Stephen was at the hostel when we got back. He took a nap so Rachel and I went on a highly unsuccessful microblading mission. For those of you that do know what microblading is, it’s probably a good idea it didn’t work out. I think we’re better off getting our brows done in the states. When I got back, I fell asleep to the world for the next 12 hours.

Last day in Vietnam was bittersweet, ready to go home to my dog and my bed but not ready to leave the food and the beautiful people. There was a DJ playing at top of the Ho Bay Mau lake and the streets were closed off so there was actually room to walk around! There are children walking around the lake practicing their English and they’re adorable. 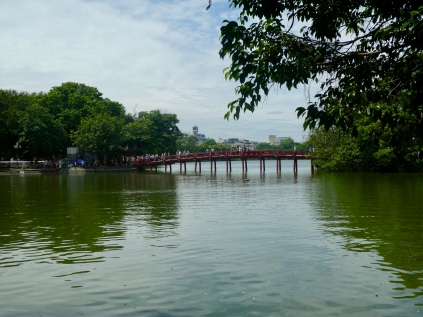 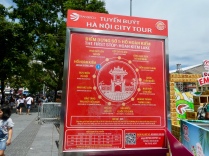 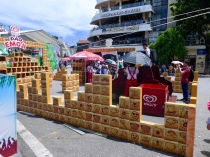 Words cannot explain the absurdity of the Lotus Water Puppets. If you’re ever in Hanoi, go see them. It’s only 100,000VND and an hour of your time. Just do it!

Fun Fact: vegetables are few and far between in Vietnam. We finally found a Chinese Dim Sum restaurant and I ate as many cabbage cores as I could. I guess that’s not all that fun of a fact though because vegetables make me happy 🙂

Fun Fact 2: The McDonald’s at the lake was exactly like the American McDonald’s and I was disappointed by the lack of novelty goodies. Wouldn’t some kind of bahn mi burger be fun?!

After lunch, I FINALLY found what I had been looking for the entire trip: a tailor to custom make clothing for me, yipee! Clothing normally takes two days but they were going to make mine in a day. Apparently I have been wearing my clothes all wrong my adult life, when I put the tailored clothes on there was such a huge difference in the way they hugged my body. Who knew! Next trip, I will definitely spend more time looking for fabric and will go to Bambou Silk because they did an amazing job in a time crunch.

There was a craft brewery next to a cathedral that looked like something out of Portland, Oregon. Reminded me of the good ol’ Pacific Northwest except for the lack of fried brussel sprouts and truffle fries that seem to be a required item on every brewpub menu. The Passion Fruit Gose at Pasteur Brewing Company is highly recommended. 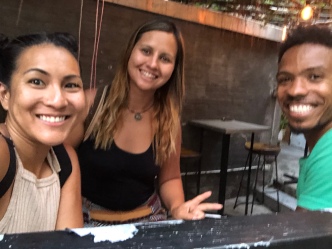 The night market consists of hundreds of stalls of stuff and things for blocks and blocks and blocks.  It was the most hectic and organized chaos I had ever seen in my life, well besides my room when I’m packing, haha. It should also be noted that somebody somewhere in Vietnam decided that everybody should be wearing fruits instead of florals. I’m calling it right now that bananas are going to be trending clothing print in the US for 2019.

What’s a Natty trip without a little drama?

Packing up in the morning, I noticed that I could not find my brand new camera. (We’re talking so new that I learned to use it just hours before my flight.) I retraced my steps back to the tailor but, nothing. I was sure it was gone and had already accepted the loss. But to my surprise, the last place I decided to check was another little shop that I had found some pants and lo and behold, they had the camera waiting for me. PHEW!

This speaks volumes to the Vietnamese people and it holds for every single person (besides the two on the Walking Street) that I met. They were kind and gracious and happy to help me when I was confused.

Walking home, I was picked up by a motorbike for some last minute cheap thrills. I held onto the back of the driver as we dodged through traffic, terrified and truly in the moment as if it could be my last. 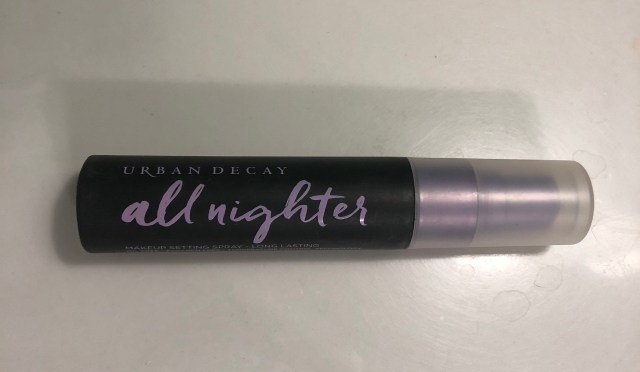 Travelling the world, one yoga pose selfie at a time. View more posts