Neither Jay nor I had ever been to Lake Havasu and we figured that since it was on the way, we should stop by. I always pictured it being this crazy place where college kids went to party on boats, lol. But it was a lot more than we had bargained for. Although Lake Havasu was absolutely beautiful, the detour added a couple hours to our drive and it was 120 degrees out so Piccolo was absolutely miserable.

All in all, Lake Havasu was beautiful and I will try to go again when I don’t have a puppy dog in tow.

After Lake Havasu, we drove through Jerome, AZ and it was mesmerizing. It felt like a quaint European town tucked into the side of the mountain. 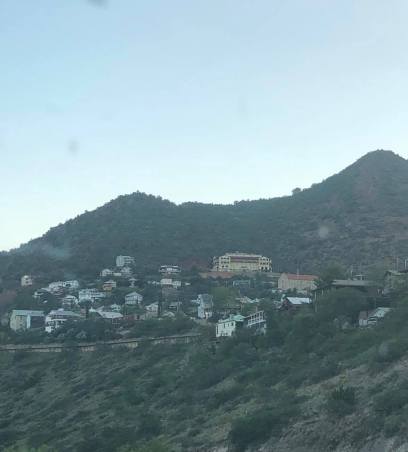 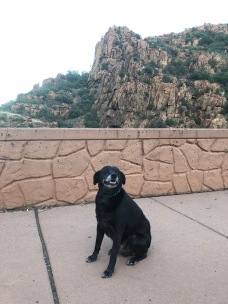 Our Airbnb in Cottonwood, AZ was soooo adorable. The host was so sweet and full of hugs and love. Imagine that one lady that lives by you that you always smile at, that’s her. You could tell she put a lot of attention to detail in decorating the house too! So cute. Her neighbors event had chickens with fresh eggs for the mornings, yummm. 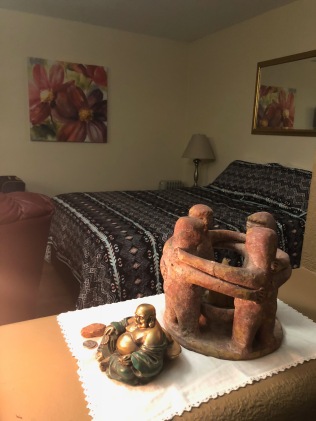 Since it was Saturday night, Jay wanted to go out on the town but I’m not really a night person so I stayed in with Piccolo and went to bed early. Lame I know but hey, I like my down time! 🙂

3:30 AM I woke up to text messages from a lost Jay trying to find his way home. SMH! But I got up and went on a quest to find him. Super Natty to the rescue! He insisted he would be able to wake up in the morning to spend our Sunday in the Grand Canyon.

Jay finally got up around noon and we decided to go to Sedona instead of the Grand Canypn. It was a fantastic decision. We went to the State Rock Slides but there wasn’t any parking so we ended up walking a half mile down the side of the highway then cutting through the forest. The last time I climbed off of a freeway was on The Road to Hana in Maui and both experiences have yielded great results. You can find these yoga photos on my Insta @sweetnattydee. If you don’t already follow me, do it. You’re missing out 😛 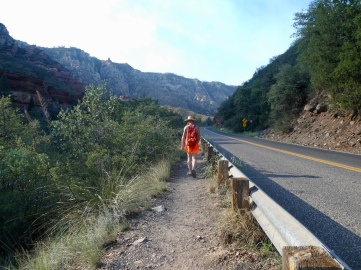 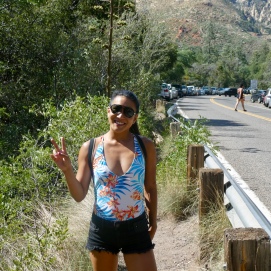 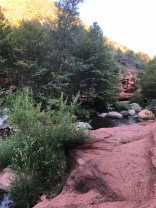 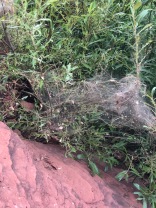 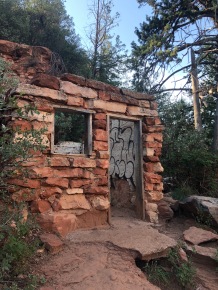 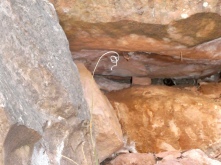 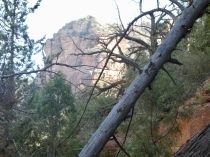 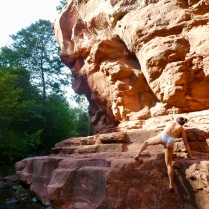 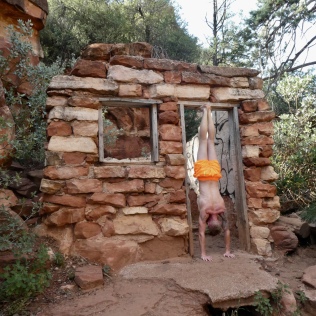 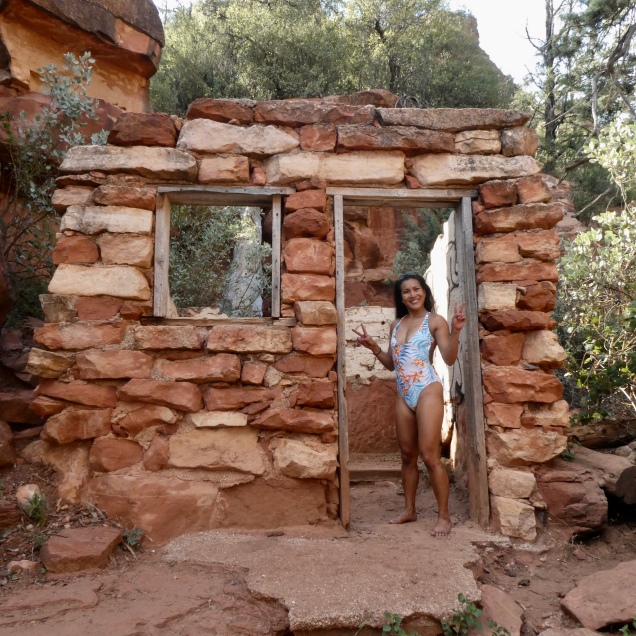 After swimming in the ice cold water, we were hungry and grabbed sandwiches and ice cream back in town then off to see the Vortexes.

Many believe that Sedona spiritual vortexes are powerful and transformational energy centers because they are located are the intersections of natural electromagnetic earth energy, also known as key lines. There is even a church located at one of the vortexes! I was hoping to tour the church at Chapel Vortex but it was already closed- one more reason go back! 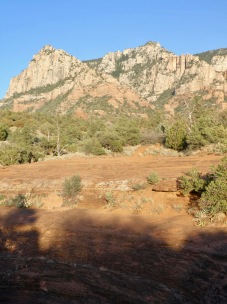 I’m not sure if I believe that these vortexes will change by life but I did feel a gravitational and energetic pull at the Shnebly Hill Vortex and I am drawn to Sedona and the desert as a whole so maybe there is something there for me.